In addition towhat we’ve already gone over,it’s now coming outthat the government has spent $57000 to build a fake lake in the middle of the media centre they’ve already spent nearly $2 million on.Yes, a pretend lake. In Canada. The same Canada that’s known, among many other things, for all the real ones that didn’t cost us anything and won’t be drained after a single weekend’s use. 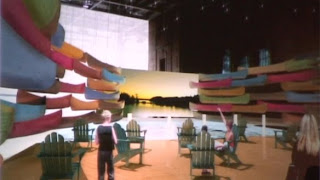 Journalists will also be treated to free booze and World Cup coverage, also, I imagine, on our dime. Why not, what’s a few million more?

In spite of all of this news causing me to want to commit acts of great harm to people in suits, I did have to laugh atthis idea.

The Council of Canadians, an advocacy group opposed to Canada as host of the G8 and G20 summits, said Monday it has applied to the Geographical Names Board of Canada to have the temporary body of water named “Harper’s Folly.”

I’ll second that motion, as will the rest of Canada I’m sure.

By the way, I’m generally a fan of open discussion and healthy debate on this site, but I’m going to warn everyone now that if you try to defend this and are actually serious and not just kidding around and being an asshole, I don’t care about your opinion because it’s obviously wrong and should be listened to by noone. Don’t waste your time and mine, especially if you’re one of those PR types the government is using to comment on blogs now.