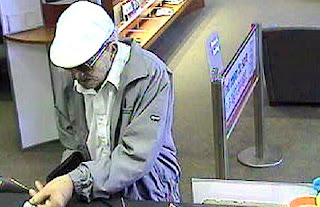 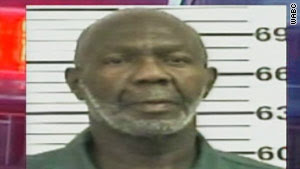 Wow. I first thought that this guy and the geezer bandit were the same man, but RAIVE says they aren’t. One is black, and one is white! That means there are two gun-wielding, oxygen-using robbers out there! Scary! Well, there were two robbers, but one of ’em is all outa oxygen now.

This fellow by the name of Arthur Williams came into a clothing store with an oxygen tank and a cane and was looking for pants to match a jacket. Then, he turned and tried to rob a customer. When the customer ran off, he shot at him, missing him. Then he turned on the manager, saying “You want one? You want another one?” firing shots at him, missing him too. Then he ambled out the door to his car and got away.

That’s crazy. there was a time where there were two guys running around attached to oxygen, robbing people. Weird. I’m almost scared for law-abiding folks who happen to be using oxygen. Just wait until some trigger-happy fool flips out because there’s a dude on oxygen in the bank or the store.