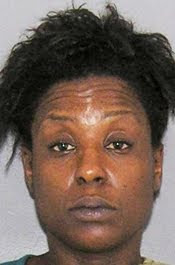 I guess if you’re going to be going around doing things that will probably get you arrested, you might as well go all out. That’s exactly what Cincinnati woman Colondra Hamilton, 36, apparentlydecided to do.

Hamilton was booked into the Hamilton County Jail (no it isn’t named after her at least not yet) on charges of possession of drug paraphernalia and driving with impaired alertness. Well, that’s one way of putting it.