You wouldn’t be crazy to think that criminals would know better than to dostuff like thisby now. You would, however, be wrong. 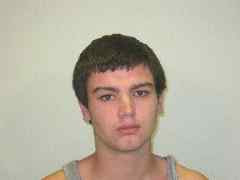 The Sheriff’s Office says a caretaker for the home on Sugarloaf Key reported the burglary. Preparing to remove hurricane shutters from a door, the caretaker saw someone sitting on the living room couch.

Deputies arriving at the house found no one inside, but they did find a back window open, empty soda and food containers, and some marijuana on a coffee table. The deputies also found a bedroom computer turned on and logged into the MySpace account of Robert Rupp, 18, of Big Coppitt Key, the Sheriff’s Office said.

Rupp was tracked down and arrested a short time later. He told police that the reason he was inside the house was that it was cold outside. He now may be facing some time inside away from the elements, as he has been charged with burglary, possession of burglary tools and theft.