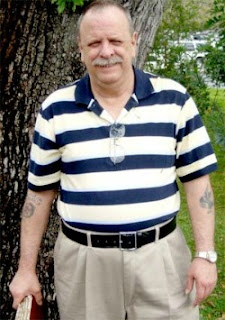 I think I’m gonna let old Pastor Mike here speak for himself. He doesn’t need me pointing out how moronic he is, he’s done a fine job of that on his own.

All you need to know is that this is his explanation for why we should start national atheist registries, you know, like the kind that exist for sex offenders. Oh, and maybe that he’s the pastor of “Living Water Church,” a church that only exists online and not in the real world. Not in the real world…kind of like Pastor Mike, methinks.

Now, many (especially the atheists), may ask “Why do this, what’s the purpose?” Duhhh, Mr. Atheist for the same purpose many States put the names and photos of convicted sex offenders and other ex-felons on the I-Net – to INFORM the public! I mean, in the City of Miramar, Florida, where I live, the population is approx. 109,000. My family and I would sure like to know how many of those 109,000 are ADMITTED atheists! Perhaps we may actually know some. In which case we could begin to witness to them and warn them of the dangers of atheism. Or perhaps they are radical atheists, whose hearts are as hard as Pharaoh’s, in that case, if they are business owners, we would encourage all our Christian friends, as well as the various churches and their congregations NOT to patronize them as we would only be “feeding” Satan.

Frankly, I don’t see why anyone would oppose this idea – including the atheists themselves (unless of course, they’re actually ashamed of their atheist religion, and would prefer to stay in the ‘closet.’).

It’s been about a year since he wrote that, but the rest of the internet or should I say I-Net is just catching wind of it now. The wind, I should point out, feels like a warm breeze. Like a bunch of hot air, you might say.

And while I’m pointing things out, it should be noted that Stahl says even after a year to think about it and a few days of sudden attention, he still supports the idea. In fact, he says that if somebody wanted to start a Christian registry, they could feel free to put his name at the top of the list.

Don’t worry Mike. It may not be a christian one, but the world definitley has the type of registry that would be all over a guy like you.