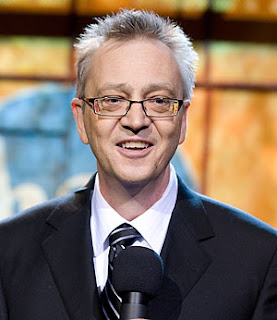 Sad to hear aboutthe death of Irwin Barker,who died of cancer back on June 21st.

As comedians go, he’s a name that a lot of people might not recognize even though many of them have probably seen his work as he wrote for shows including This Hour Has 22 Minutes and The Rick Mercer Report. He was also an excellent stand-up comic, getting his laughs by calmly and smartly pointing things out rather than loudly telling jokes like so many others do.

Here he is performing at Just For Laughs in 2002.This set includes one of my favourite trivia bits of all time, that potato is seriously defined in the dictionary as a farinaceous tuber. It’strue,I checked.

Here is an interview that Bruce Clark, a fellow comedian and friend did with CBC about Irwin and his memories of him.There’s also a little bit more of his material before the interview gets going.

His death is a huge loss for comedy and he’ll certainly be missed.