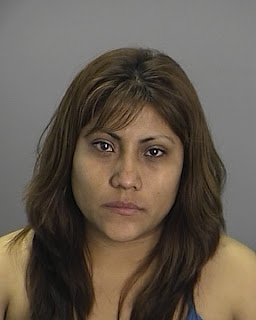 Genoveva Amacenda-Velona must have some enormous testicles, and I’m thinking she also has an equally opposite sense of responsibility.

But before you go thinking this woman is all bad, the article does note that the kids were belted in when she was stopped. Yeah, that makes everything so much better.

Not surprisingly, Amacenda-Velona is facing several charges. Aggravated child neglect, DUI, not having a valid driver’s license and not having a motor vehicle registration.

What a fun night out for those kids. But on the bright side, they’ll be ahead of the rest of their class when it’s time for the field trip to the police station.