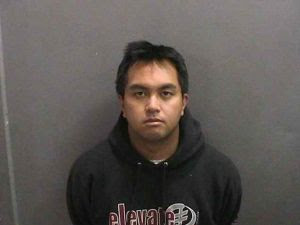 If you woke up this morning wondering what the kind of fellow who wouldon more than one occasion secretly beat off into a coworker’s water bottlemight look like, then according to police, prosecutors and a DNA test, Michael Kevin Lallana (pictured above) is your answer.

Prosecutors say Lallana met the co-worker, a woman in her 20s in 2005, while both worked at Northwestern Mutual Mortgage Company in Newport Beach.

The first instance happened Jan. 14, prosecutors said. Lallana went into the office of the woman – identified as Jane Doe – and discharged into a water bottle that was on her desk, prosecutors said. She later return to her office and drank the water, they added.

She threw the bottle away after feeling “sickened and irritated,” according to the press release.

Three months later, Jane Doe and several other co-workers, including Lallana, were transferred to the Orange branch of Northwestern Mutual Mortgage Company.

This time, Jane Doe sent the water to a private lab to be tested, prosecutors said. The lab reported in June that the water contained semen.

“As far as we know, they were just colleagues,” Deputy District Attorney Bobby Taghavi said. “But we do think he did it for sexual gratification.”

Lallana, who has been charged with releasing an offensive material in a public place and assault, is currently free on $500 bail. $500? Slipping your secret sauce into somebody’s H2O is only worth $500? That can’t be right.