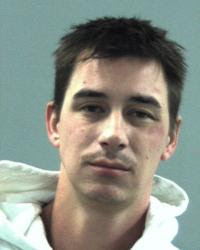 There’s never a good time to fondle a woman who doesn’t want to be fondled, but there are especially bad times to try. For instance, when the woman in question isa nurse in the midst of helping to deliver your baby,the time is no good at all. If you don’t want to take my word for it, perhaps you’ll trust Adam J Manning, 30, who was recently arrested for doing that very thing and wound up missing the big event as a result.

According to police, Manning first looked the unnamed nurse up and down and made a comment on her appearance while she was assisting the woman he had brought in for help. She ignored him, but he was not to be denied. As the woman sat in a wheelchair waiting to be taken to the delivery room, Manning told the nurse that it looked like something was the matter with her neck, then tried to rub it before reaching out and grabbing himself a nice big handful of booby. The nurse pushed him away and then moved to the other side of the chair. She then reported the incident to police who took Manning into custody on suspicion of felony forcible sexual abuse.

It wasn’t clear if the woman having his baby was his wife or a girlfriend, but if she’s got any sense she’s neither now.