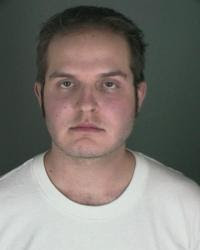 Nicholas Lorenzo, the fellow in the picture, is headed for trial after being accused ofputting a little extra meat on display while working behind the deli counter at his local Safeway.

When police confronted Lorenzo about the allegations, he admitted to “having his penis out of his pants,” the affidavit said.

He admitted to having it out on the job, but plead not guilty to the indecent exposure charge? Remind me never to hire this guy.

And just to keep things classy, the woman making the accusations against Lorenzo was shopping with her baby at the time. Nice, real nice.